On Wood Box Designed by the Artist 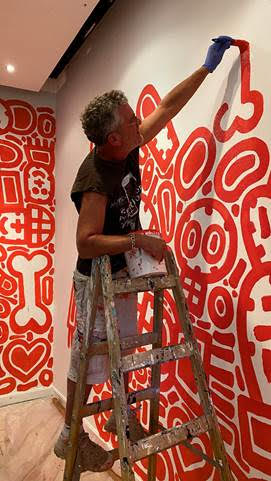 Tamir Shefer (b 1963), a graduate of “Bezalel” Academy of Art & Design, Jerusalem, works as an artist, designer and illustrator in Israel and abroad.

His illustrations were regularly published in newspapers and magazines such as the Village Voice NY and the San Francisco Bay Guardian, in israel Haaretz, Yediot Achronot and Globes, among others.

He is known as the Israeli street artist – Tamir provoke the spectator by raising questions,  He does that by integrating familiar symbols in mixed media paintings and sculptures.

His artworks where exhibited in numerous individual and group exhibitions in galleries and museums in Israel and abroad.

Tamir divides his time between painting in his studio in Jaffa and as a professor in the Department of Visual Communication and Design at Holon Institute of Technology (HIT), in Israel.